Why Has Vaping Become Such a Popular Trend?

Vaping is certainly taking over as the latest trend for people of all ages. But why has this new technology gained so much popularity? People are finding that vaping has several benefits compared to smoking traditional cigarettes. Not only is vaping cleaner, more socially acceptable, and cheaper than traditional cigarettes, but there may be some health benefits associated with vaping also. Below, we examine the vaping phenomenon a little more closely in an attempt to analyze its popularity, 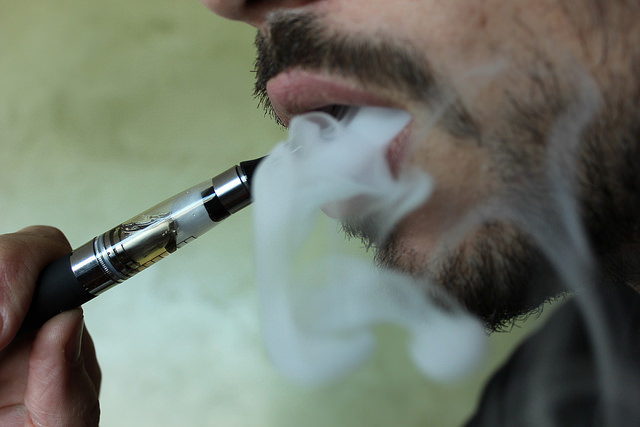 When compared to smoking traditional cigarettes, people find that vaping is much cheaper. To start vaping, people may find the cost more expensive than a pack of cigarettes. This is because the start-up cost includes the purchase of a necessary vaping pen, or e-cigarette, but after this the cost is significantly less. When compared to a pack of cigarettes, the refills for a vaping pen are much cheaper and eventually the user will come out ahead.

Lately, it seems legislation is cracking down on traditional cigarettes, and rightfully so. Socially, cigarettes disturb not only the user, but everyone surrounding them. Cigarettes carry dangerous second hand smoke that jeopardizes the health of others. The smoke smell can be an annoyance to those in close proximity, especially if they are trying to eat or drink. People who smoke traditional cigarettes find the smoke smell remains with them, even after they have finished smoking their cigarette. The smell remains on their hands, their clothes, and in their hair.  Not only is this an annoyance to the smoker, but also to those interacting with them.

With vaping, these problems don’t exist and in most situations, vaping is accepted in public, outdoor spaces.

People smoking traditional cigarettes have limited choices. Sure, they may have a favorite brand or prefer regular cigarettes to menthol, but that is where the options end. With vaping, each person can fully customize their vaping experience. People can not only choose how much nicotine (if any) is included in their vaping pen, but they can choose just about any flavor under the sun. Some people prefer the taste of a traditional cigarette flavor while others might prefer something more exotic, like for example, buttered popcorn. When investing in a new vape starter kit, you’ll see all the endless possibilities that you can choose from to create a unique vaping experience.

While there has not been a definitive answer on whether or not vaping is healthy, there are some undeniable health benefits that even the most critical doctors can agree on. First, vaping is completely flameless. Each year, hundreds of thousands of fires are caused by people being careless with their burning cigarette. The burning end of a cigarette can not only burn people and clothing, but left unattended can cause serious damage. With vaping, this danger does not exist.

Another fact that experts and doctors can agree on, is that vaping may pave a path for people to quit smoking all together. Because of the ability to cater the amount of nicotine included in each vaping experience, the user may be able to effectively scale back their nicotine intake until they are completely nicotine free. Doctors do caution, however, that because there is the presence of nicotine, vaping presents the same addiction and withdrawal problems traditional cigarettes can have.

Where the verdict is still out though, is on the health concerns vaping has.  Most doctors agree that inhaling water vapor is a drastic improvement over inhaling tobacco into the lungs. But, doctors are still determining the overall health concerns and benefits of inhaling vapor. For this to be determined, there just is not enough data or research at the moment. Several studies are underway and the results are too new and too mixed for doctors to make any definite conclusions.

For now though, the general consensus is that vaping is by far the healthier option when compared to smoking traditional cigarettes. This, undoubtedly, is contributing to vaping’s overall popularity.