Should We Use Loratadine During Pregnancy?

While pregnancy is indeed an exciting and memorable event for a mother, it comes with its own share of challenges, problems and perhaps even risks. It would be pertinent to mention here that in every pregnancy there is a 3 to 5% chance of having a baby with some minor or major birth defect. This is often referred to as the background risk which we should be aware of as parents. While these risks are inbuilt in pregnancy and nothing much can be done about it, there are some other risks which perhaps are brought upon the pregnant in more ways than one. There are many over the counter drugs and medications which could exacerbate the risks associated with pregnancy. We will look at one such drug and try to establish how safe is Loratadine during pregnancy. 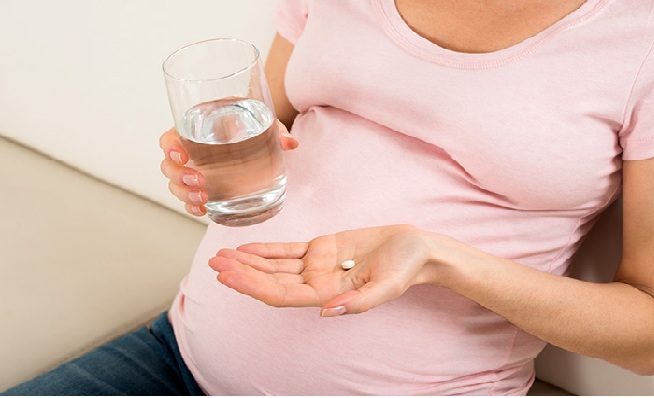 Loratadine is an over-the-counter medication which falls under the category of antihistamines. These groups of drugs are used to reduce the symptoms associated with increased levels of histamine production especially during colds, coughs and other such situations. The drug is used to reduce the symptoms associated with allergic manifestations. These could include sneezing, runny nose itchy throat, watery eyes and hives or itchy rashes. When this drug is taken and as it enters the bloodstream of the body, it gets broken down into another compound referred to as desloratadine, Hence when studying the reactions and possible side effects associated with the impact of desloratadine should also be kept in kind.

Should a Pregnant Lady Stop Taking this Drug?

Many women often suffer from dry cough during pregnancy and hence they ask the question whether they could use Loratadine in such cases. Though there are no big side effects associated with taking of this drug during pregnancy, it would be better to check with your doctor before going ahead. The cost versus benefits of taking such drugs should be evaluated and there is no doubt that your doctor would be the best person to answer this question.

Does this Drug Increase the Chances Of Birth Defects?

As a mother and as a parent you always would like to have a baby which is perfectly in good health on birth. Hence it is quite normal that many mothers would be concerned about the safety of Loratadine in particular and antihistamines in general. Here again there are many studies to prove that use of Loratadine strictly as per the recommendation of the doctor does not increase the risk for the mother and baby. There have been hardly any instances of birth defect which could be directly attributed to this drug.

However, one study has suggested that there could be a very small risk of hypospadias. This is a condition where the penis of a male child could be abnormally formed. Further studies are being done on the subject matter and the initial feedback is that such risks are also not existent in a vast majority of the cases. Hence there is no reason to panic when a mother is put on Loratadine during pregnancy. In fact it could protect against asthma induced by histamines and help the mother to have a peaceful nights’ sleep and ensure adequate rest.

Can There Be Any Other Risks During Pregnancy?

If you are looking for answers to the question 37 week pregnant how to induce labor or other such matters, there always is the need to assess the benefits versus the risks. Further the various drugs which are being prescribed on the mother are also taken into account and Loratadine is one such drug. There are numerous studies conducted by experts which have found evidence to suggest that risks during pregnancy get enhanced because of the use of this drug.

Breastfeeding mothers often are concerned with the kind of medications which they take. According to studies conducted by The American Academy Of Pediatrics, Loratadine is absolutely safe for use by lactating and breastfeeding mothers. Babies who drink mother’s milks while the mother is on Loratadine will be exposed to only 1% of the drug which is perfectly safe and therefore there is no reason to be concerned about it.

At the end of the day, when one looks at various parameters, studies and research findings, there is hardly any doubt that Loratadine is an absolutely safe drug which can be used by pregnant as well as lactating and breastfeeding mothers.