The Truth About Alcohol and Weight Gain

Most people know that alcohol makes them gain weight—but don’t necessarily know why. Of course, alcohol has calories, and some drinks carry a weightier caloric punch than others. Even the lowest-calorie beverages (such as a white rum at 85 calories per 1.5 ounces) can quickly add up if you have more than one, or decide to mix it with a sugary concoction. A simply happy hour after work can easily reach up to 1,000 calories with two or three drinks along with shared pub grub.

However, the extra calories aren’t the only reason alcohol leads to weight gain. It’s also a natural metabolism killer. Our metabolisms slow naturally with age, and there’s no need to help the process out. Once a metabolism slows down, it can be nearly impossible to speed it back up. Plus, if you continue to drink (even moderately), any efforts to speed the metabolism up are voided. 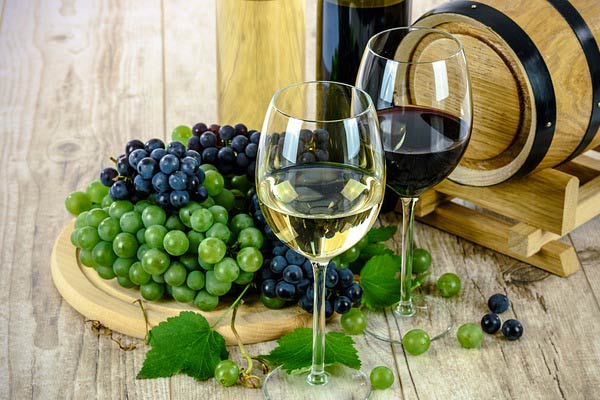 There are even more scientific reasons behind alcohol and weight gain. It has to do with how alcohol is processed in the body. While it’s technically a myth that when you drink, your body turns everything into fat, there’s a sprinkle of truth to it. The liver knows that alcohol is toxic, so it considers everything consumed with alcohol as a toxin, too. This means that when you drink, the body stops processing nutrients and tackles the toxins instead. In short, your body is burning up those alcohol calories (which are already empty and lacking nutrients) to use for fuel because it’s on a mission to get rid of them.

At the same time, any nutritious food you might consume is set aside and stored as fat. Your body is doing what it’s supposed to do—attacking toxins to keep you healthy—but it comes at a cost. To make matters worse, a lot of people get the munchies and even binge on junk food when they drink. This is also a means of your body protecting itself. Alcohol makes us want to eat because it suppresses the hormone leptin which is in charge of telling your brain when to eat, how to eat, and what’s good for it. Couple that with lost inhibitions, and it’s no wonder so many drunk people are reaching for pizza and nachos.

Our body also wants us to eat when we drink because that slows down the speed at which alcohol is absorbed into the bloodstream. This means less intoxication and fewer risks for the drinker. It might not be the best strategy for a slim waistline, but your body is prioritizing keeping you safe, not keeping you slender. Safe means having the mental capacity to not make stupid decisions. No wonder drinking makes us want to eat.

For many people, the holiday season is a time for goal setting and resolutions. A popular option is detoxing from alcohol, whether it’s going alcohol-free for a certain amount of time, reducing drinking overall, or going cold turkey for good. Less drinking is always a good idea, but just make sure your goals are reasonable and achievable. Otherwise, there’s the risk of falling off the deep end with a New Year’s binge.