Tips to Manage Behavior In The Car

Most parents have had (or will have) the unfortunate experience of driving with a child who is not just being irritating or annoying, but is acting our or having a tantrum. While meltdowns in the supermarket may be embarrassing and difficult to manage, meltdowns in the car are downright dangerous.

Types of Troublesome Behavior in the Car 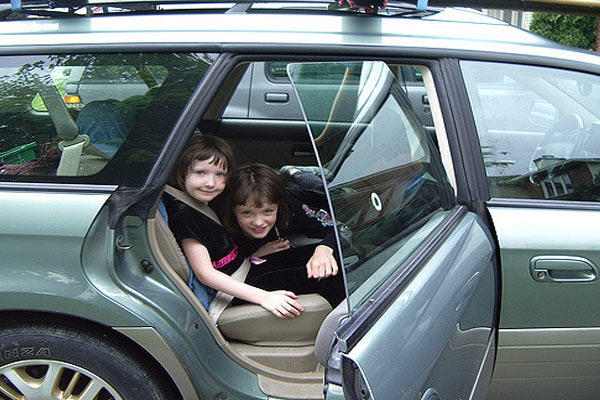 Screaming infants are distressing to parents who are driving, but they do not have the size, mobility or coordination to present a real danger. Older children, however, usually those past the toddler stage, may engage in behavior that threatens lives as well as sanity. Children do, not uncommonly:

All of these actions are not only frightening, but life-threatening to anyone in the moving vehicle. Clearly, they cannot be tolerated. While under duress, a parent faced with such an out-of-control child may have to pull over, stop the car and wait for the storm to subside, it is far better if you can prevent such episodes in the first place.

Causes of Difficult Behavior in the Car

There are a number of reasons that a child can fly off the handle in the car; not all are preventable. Still, it is useful to pay attention to possible triggers of such behavior in order to try to avoid them. Examples of triggers of car tantrums are that the child is:

Once you have observed the way your child functions, and what seems to set her off, you may be able to prevent an auto outburst.

An Ounce of Prevention

In regard to the last item on the list, if your child is visually oriented, she may do well looking through a kaleidoscope that alters the landscape; if he is tactile oriented, he may enjoy molding and stretching a piece of silly putty; if she is drawn to auditory stimuli, giving her a headset may amuse her for a sustained period of time.

Other Ways to Decrease Tension in the Car

Once you and your child are in the car, be mindful that your mood and behavior may often be reflected in your child’s behavior, so:

Even though the car may seem like a good place to have serious discussion, remember to keep subjects you bring up as relaxed and positive as possible. A car ride is not a good place to discuss your child’s low test score, her having forgotten to walk the dog, or why she can’t have the expensive sneakers she wants. By keeping palpable tension out of the car, you may stave off a showdown or blow-up.

Being less irritable about small things your child may do, like interrupting, practicing animal noises, or asking silly questions, may keep him on course. Patience and good humor can be just as contagious as crankiness and sarcasm. Of course, attempts to hurt himself or others must never be ignored.

All rules are easier to follow if we understand the reasons behind them. If you explain why it is important for your child to sit in the back in her car seat, to wear her seat belt, to not kick the back of your sit while you’re driving, she is likely to be more compliant.

Remember to praise your child when he behaves well in the car. It may also be helpful to tell others about his good behavior while he is present. Report how impressed you were with his staying power when you took a long trip or had to rush to the doctor to his other parent, his aunt or grandfather or your next door neighbor. Giving a treat, like gum or ice cream or a trip to the park, both before and after a successful car ride, can give your child something to look forward to, and help ensure his cooperation on your next journey.

We all know that, even by following the best advice, there is no way to prevent every child from acting out in the car. Not only are some children much more willful or defiant than others, but many children have psychological, psychiatric or neurological disorders, such as bipolar disorder, autism, or ADHD (Attention deficit hyperactivity disorder) which make it more difficult, or even impossible, for them to control themselves. Even when children with behavioral problems are working with a psychiatrist, psychologist, or other counseling professional, it may be necessary to prepare your car by removing any small, throw able objects and locking doors and windows.

Because of the safety issues involved, if your child has frightened you or put herself or others at risk, it is time to research devices to childproof your car. The existence of such devices (available over the internet) is evidence of how common problems with car misbehavior are. Now being marketed are prevention barriers to keep children from unbuckling their seat belts, and also barriers that can force children to keep their hands and feet to themselves. Obviously, such barriers should only be used in extreme cases and, most often, can be removed once your child has mastered appropriate car behavior.

According to experts in the field, the basic components of successful behavioral management are consistency and repetition. The more your child goes through a particular pattern, the more likely it is to become a habit. This is why every successful experience lays the groundwork for more good behavior.

It is helpful to have a plan when you embark on the journey to alter your child’s behavior. Getting organized and keeping a written record of progress will not only make you aware of which methods work best, but will hopefully give you (and your child) visual evidence of her improving conduct. Also, do not underestimate the power of gold stars or stickers to mark accomplishments; these can be very meaningful to young children.

Various types of research have shown that many “techniques” of behavioral management are worse than useless. Yelling, scolding, lecturing, threatening, spanking, name calling, and criticizing in public don’t work any better than sending your child to bed without supper to taking him out to the woodshed. As a parent you are always a role model for your child so you never should engage in behaviors that you don’t want him to imitate. Moreover, punishments that scare or humiliate your child or make him feel disrespected or belittled are likely to damage his sense of self-worth, leading to more and more out-of-control behavior. The best tactics to use on your child are the same ones that would work on you if you felt out of control — patience, reassurance, and the stability of absolute limits.