Put the iPad Down: Child Addictions Don’t Just Apply to Drugs and Alcohol

There is no doubt that our latest generation of children spend more time staring at a screen than their predecessors, and unfortunately, this has helped to create a scenario where some kids could actually become addicted to things like their iPad.

There is a support network available to help those trying to recover from some sort of addiction, such as ARCProject.org.uk for example, but if you can potentially spot the warning signs that your child might be developing addictive behavior, you may well be able to deal with the situation before it spirals out of control.

Is Your Child Addicted to their iPad? 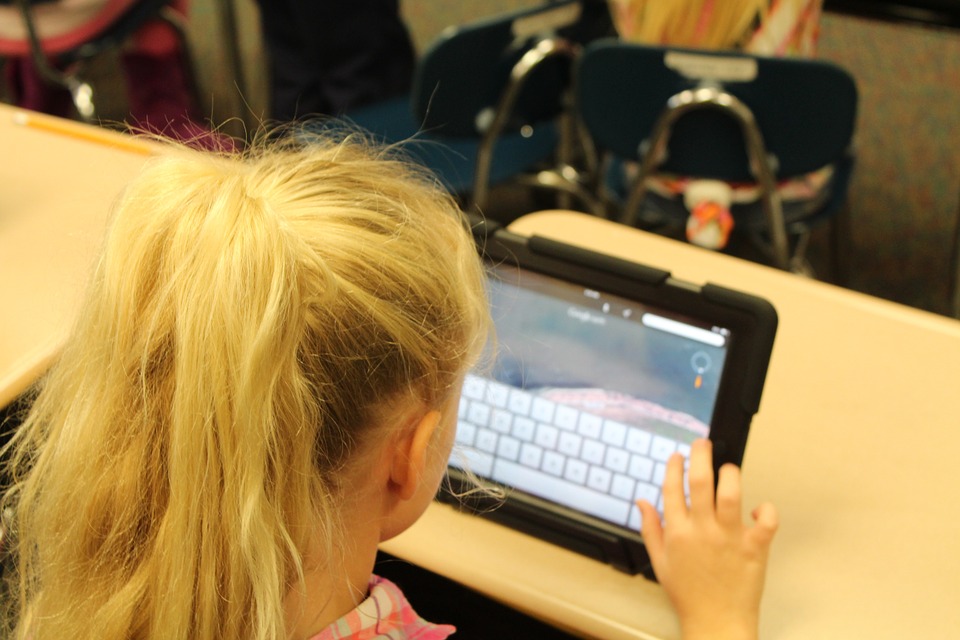 When most people talk about addiction, they will normally assume that the problem will be related to drugs, alcohol or gambling, but an addiction is most definitely not limited to these particular issues, and the same behavior patterns can be witnessed, even when it comes to devices like an iPad.

If someone is suffering from a drug addiction they will normally experience withdrawal symptoms that will normally induce feelings such as strong cravings. It has been noted by a number of psychologists that the very same levels of addictive behavior can also seen amongst people who use devices like a smartphone or a tablet, on a very regular basis.

Tabloid stories of children as young as three becoming addicted to their iPhone might seem hard to swallow at first sight, but it seems clear that even very young children have the capacity to become addicted to something like their iPad and their reactions tend to mirror the behavioral patterns often displayed by adult addicts who are having problems with drugs and other such issues.

The Classic Symptoms And Warning Signs

Withdrawal from drugs or alcohol will cause an addict to experience headaches and the shakes, and the same sort of withdrawal symptoms can be witnessed when someone who is addicted, is separated from their device for a period of time.

If you notice that your child has become irritable, more anxious or just sadder after their device like a smartphone or an iPad has been taken away from them, this could potentially be an indication that they may well have what could be considered as an unhealthy attachment to the device in question.

Another pointer to look out for is when their tolerance levels increase. What this means when talking about heroin addicts for example, is that they start to require a bigger hit of the drug in order to induce the same level of effect that they experienced before.

This same tolerance behavior can be witnessed with someone addicted to their device, as they spend an increasing amount of time using the device, building up their usage levels in larger blocks over a period of time.

If your child used to spending about 15 minutes on the iPad at a time and now regularly spends a couple of hours at a time , this is another potential sign that there may be an issue with their dependence on the device.

Other Signs to Look Out For

You might also notice that your child has shown a loss of interest in other activities that they used to enjoy and prefers to spend more time on their device rather than playing with friends or doing some of the other things that they now seemed to have sacrificed to a certain extent.

It should be noted that the odd occasion where they prefer to pick up the iPad than kick a football or ride their bike, is not necessarily a sign of an addiction in itself, but if their craving for more screen time seems to be happening to the virtual exclusion of anything else a lot of the time, this could then be a potential problem to monitor.

Another classic symptom displayed by addicts, is a lack of self-control. The problem here is that young children are not exactly renowned for self-control in general, so you will have to decide as a parent, whether the meltdown over having the iPad taken away is just a typical tantrum or something a bit deeper.

Addictions are of course a major issue, especially when a child develops an addiction in their early adult life and beyond.

The point about a potential problem with addictive behavior in a child towards something like their iPad, is that you should be able to set some limits and impose some rules that help to correct any worrying addictive reactions at such an young age.

Most mentally healthy children can develop a bit of an obsession when they encounter something new that they like, so make allowances for this before making any firm judgments about their behavior.

Jacob Wallace is a social care support worker who has experience working with both kids and adults. His informative articles, which usually relate to addiction in some way, appear on a number of websites to help answer questions, or to provoke thought on a subject which can often be buried or overlooked.