It’s Not Ice Cream! It’s Not Frozen Yogurt! So What Is Gelato, Exactly?

As Americans jump onto the craft-food trend, you may have noticed a new competitor in town – whether at your local ice cream shop, your supermarket, or even (in some cities) on specialized carts moving around your neighborhood. 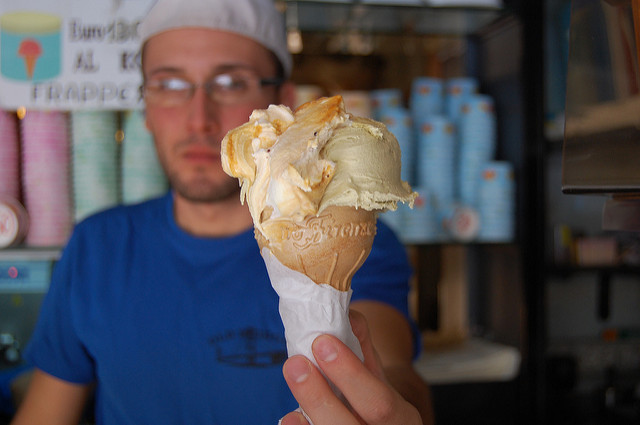 This latest craze in the frozen-dessert market is gelato vs ice cream – an Italian ice cream that’s long been popular in the streets of Varese, Italy, where the first gelato carts began roaming way back in the 1920s. It’s a huge industry in Italy, with over 5000 gelato parlors open in the country – and this frozen dairy treat is starting to make roads into the US.

So we’re here to give you the lowdown on gelato – what it is, what it isn’t, and what you should know about it.

When Was Gelato First Made?

Gelato was first made in 1586 by a Florentine man named Bernardo Buontalenti – who presented his recipe and method to Catherine de’ Medici. The recipe and methodology of the making of gelato then went to France, after de’ Medici married King Henry II.

The first public service of gelato began in 1686, when a fisherman from Sicily named Francesco ProcopiodeiColtelli invented what could be considered the very first ice cream machine. Procopio was then invited to open a gelato shop in Paris that very same year, and he did so, opening Café Procope – and his little ice cream shop quickly became popular with the literary luminaries of France.

Despite its long history, gelato didn’t really take off in popularity until around the 1920s, when modern refrigeration techniques allowed gelato carts to begin roaming Italian cities such as Varese and others.

How Is Gelato Different From Ice Cream? 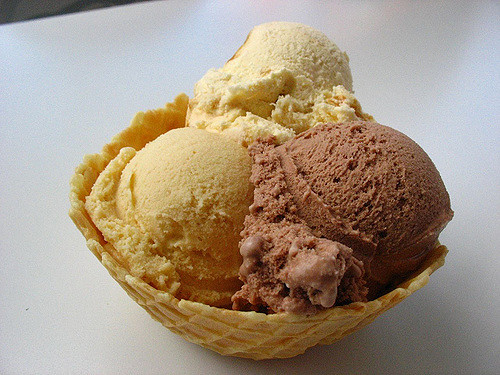 Gelato is actually quite similar to ice cream as we know it in the US – but there are some key differences.

First, gelato is much more dense, as the churning and finishing process of gelato incorporates much less air. This leads to a much more creamy, dense taste that melts in your mouth quickly, and also means that gelato scoops are typically much more heavy than comparable scoops of ice cream.

Second, gelato has much less butterfat – by law, “ice cream” in the US must contain at least 10% milkfat, and gelato typically only has a 3-8% butterfat content. This difference is because gelato is typically based on a higher percentage milk base – rather than more pure cream. This does make it slightly lower calorie than most ice cream – but gelato also typically incorporates more sugar than American ice creams, so it’s still not exactly a great food for those of us who are counting their calories.

Because of this, gelato doesn’t numb the mouth or taste buds as much as ice cream – by virtue of being warmer, your taste buds can sense more of the subtle flavors of gelato, giving you a better, more flavorful and rich experience.

Gelato is actually quite similar to sorbetto – sorbet for Americans. Sorbetto, which is a more Southern Italian dessert. The main difference is that sorbetto uses water instead of milk – creating an icy, low-calorie dessert somewhat similar to shaved ice.

How Popular is Gelato? Where Can I Get It?

If you’re looking for gelato in your city, the best place to go is a dedicated gelato parlor – most major metropolitan areas have them, and they’re certainly the most authentic place to experience the delicate flavor of ice cream’s up-and-coming rival.

However, you can also find gelato in most local supermarkets – market leaders include Talenti, Ciao Bella, and even ice cream market leader Häagen-Dazs, who recently introduced their own line of authentic Italian gelato.

Hopefully this article helped you understand a little more about gelato, where it came from, and why it’s such a growing industry. This tasty Italian treat isn’t likely to go anywhere soon, and if you haven’t experienced the delicate, rich flavors of real gelato, you oweit to yourself to get a taste as soon as you can.
Get Free Netflix Now