They won’t eat. And, you worked really hard to make something you thought they’d enjoy. Ungrateful little so-and-sos. Here’s what cool-headed moms do to get their kids to eat whatever they put in front of them. 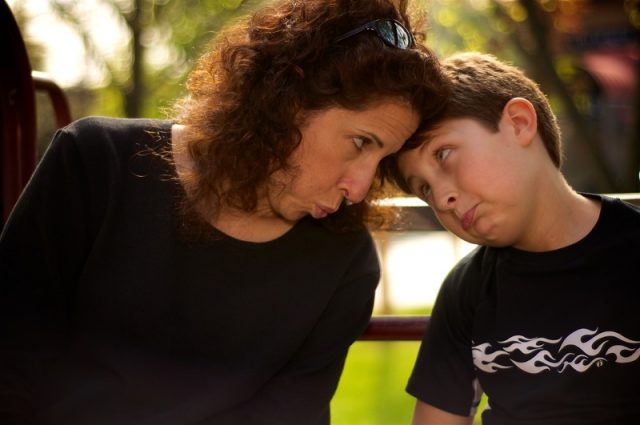 But, this is what you’ll most likely find: routine. Build a routine around major activities. Sounds so simple. But, it’s what works.

Children tend to need to eat every three to four hours. Three meals, two snacks. Lots of liquids. Mostly water. If you plan this daily, your child’s diet is going to be more balanced than most and he’ll be less likely to cry and carry on, be cranky, and unruly, because he won’t be famished.

If you go for a trip, you can keep a cooler in the car and stock it with carrots and pretzels, yogurt, and water. That way, you don’t have to stop in anywhere to feed the kids when they get hungry.

Plan Our Your Dinners

If you don’t plan dinners, guess what? You’re going to create a scenario where you have to come up with things on the fly. And, that’s never good. Start with two or three days at a time. Good dinners don’t have to be fancy. But, they should be balanced and nutritious. Make sure you include lots of veggies and fruit, some dairy if your kids tolerate it, and protein, like meats and cheeses, beans and lentils.

You can make simple meals too, like Mexican chili and then freeze it. At dinnertime, reheat it and add it to other foods like whole grain bread and rice. You could also make fajitas and rice, refried beans, and serve it all with tortillas.

Don’t make two meals — one for the kids and one that you and your spouse enjoy. Make meals that the whole family can enjoy. It’s a lot of work to do it the other way, and it’s exhausting.

And, get the kids involved. Even if they’re not really contributing much, they will feel as though they are. And, that’s often enough. When the kids are invested in meal prep, they’re more likely to eat what they’ve made.

It might be hard not to comment on what or how much your kids are eating. But, you need to. Be as neutral as possible in your commentary. In fact, avoid commentary, especially when the kids are at the table. You should just serve up balanced meals and let your children eat as they may. Do not cave in and give them junk food.

If you never feed it to them, they will never learn to like it.

And, if you play enforcer, saying “eat your vegetables,” your children will only resist. This is especially true if you don’t eat vegetables yourself.

Children are new food phobic. Once they become accustomed to a particular food, they don’t want to change. And, introducing new foods can be really tricky. Tell your kids that their taste buds sometimes need to get used to a new flavor before they really like the taste. If this doesn’t work, don’t force the issue. They may never like a particular kind of food.

Be The Role Model

This works both ways, fortunately. Most of the time, when they see you eating healthy, they will want to do the same thing. This is especially true if you are putting together “family meals” that consist of the same food that you’re eating.

In other words, if the food you’re eating and the food your children are eating are the same, there’s less chance that they’ll not want to eat their food. Although, sometimes this isn’t true when they’re very young. They may want it just because it’s yours. In these cases, eating the same thing they’re eating is good, because it gets good food into their mouths.

If you’re telling them to do one thing, and you’re doing something else, it teaches them that they don’t have to follow through. After all, you’re not so why should they? Even if they can’t express it like that, on a conscious and logical level, they “get it” on a subconscious level and it will be very hard to undo once they’ve learned it.

Louise Walters is a Mom on a mission when it comes to dinner time; getting her eldest son to eat anything that isn’t chicken is a nightmare. Louise draws on her own experiences when writing articles, focusing on family life as well as her career in the wedding industry.