A wine snob? From the film Sideways to local restaurants, wine snobs are everywhere, waxing poetic about how they know best. If you’ve ever looked at them with a combination of envy and annoyance or wanted to become a wine snob yourself? This is for you. All you need is a little knowledge and self-confidence to beat a wine snob at their own tasting game without becoming one yourself. 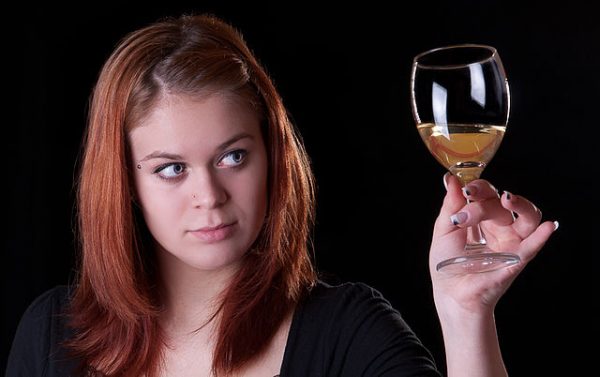 How to Become a Wine Snob Without Becoming Snobbish

The Six S’s of Wine Tasting

1. See
It may seem obvious, but it’s important to look at what’s in your glass before putting it to your lips. Check for a cloudy or murky appearance, lack of vibrant color and bits of cork. These indicate that the wine isn’t at its best and you probably shouldn’t drink it.

2. Swirl
Swirling your glass may look snobbish and pointless, but it actually aerates the wine and enhances its flavors and aromas. Most snobs check out a wine’s “legs”: how slowly it runs down the side of the glass. This can show how alcoholic it is, but has no bearing on quality. If you’re having trouble doing a wrist swirl, start with tracing small circles from your elbow instead. If this is too difficult, or if you’ve already had a few drinks beforehand, rest your glass on the table first.

3. Smell
After you’ve swirled your glass, put your nose over the edge and sniff. The key here is to identify the wine’s ingredients and determine whether it smells spoiled or like something you want to drink. Is it fruity or citrusy? That’ll come from the grapes and other fruits used to make the wine. Is it reminiscent of oak or pine? That’ll be from the barrels it was stored in. Are you getting just a flutter of asparagus or old shoe? You’re watching too many movies.

4. Sip
Even though you were probably poured a small amount of wine to start with, take just a sip. You’re not at a frat party, so there’s no need to chug it in one gulp. The idea is to see how it tastes after the first sip as well as after multiple sips, and to note how the flavor changes.

5. Savor
This is where knowledge goes out the window and it’s down to you. Forget about whether it was recommended in 3 out of 5 magazines; all the recommendations in the world don’t mean diddly. Roll it around on your tongue for a while, asking yourself: Do I like this? This is where self-confidence comes into play. Have the courage of your convictions to trust your own palette.

6. Swallow
There’s a bit of contention whether it’s proper to swallow or spit during a tasting. If you’re at home or out for dinner, why wouldn’t you swallow wine bought with your hard-earned money? However, at formal wine tastings, you’d be trying so many different wines that if you were to swallow every sip you’d be tanked before 10 p.m. On those occasions, and it may seem like a waste, but the wine is typically spat out between tastes.

Some Wine DON’Ts:
– don’t let price persuade you; there are some great wines out there under $10 and there’s no shame in liking them.
– don’t be afraid to venture beyond Merlot and Chardonnay to try something new like Canadian Ice Wine or an Argentinean Malbec or Torrontes.
– don’t cook with wine you won’t drink. If you don’t like the taste, putting in your food isn’t going to help.

As a quick side note: when considering enjoying a few glasses of wine, remember that alcohol can be a tricky situation if not controlled – if you or a loved one have any doubts in your mind about control, speaking to your doctor would be a good idea. There are also many forms of detoxification services that can help you overcome any harsh effects or negative feelings you’re harboring.

Heather Sparbina is a wine aficionado who loves to pair wine with pizza, like a gentle Pinot Gris for a vegetarian or a hearty Cabernet Franc blend for a meat-lovers pizza.