You’re a busy mom. You don’t have time to be spontaneous. Yet, you need some down time. How do you get that mystical work-life balance? How do you get away from the kids without alienating them? How do you get back the romance with your hubby? Here are a few apps you haven’t tried. 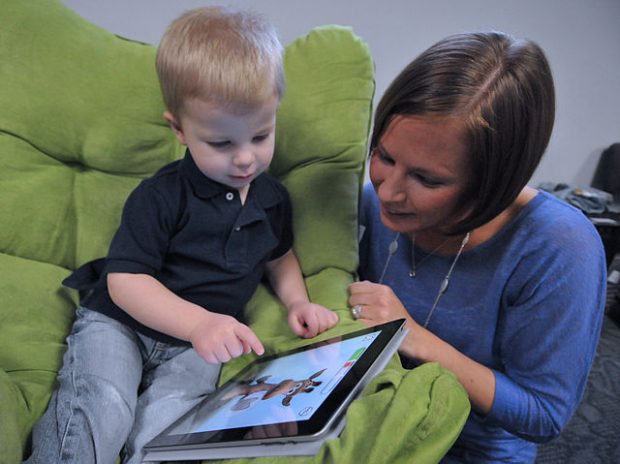 You probably have something in place already that helps you stay organized, like a calendar, or reminders, notes, and maybe a sticky pad. But, what you don’t have is something that brings it all together so you can actually get things done. 24me is that thing. It wrangles your social networks, financial institutions, utilities, notes, calendars, and so much more into a single application and helps you keep track of it all.

It reminds you of what you need to do, and when. You can pay bills, set reminders, talk to it, and have it do simple tasks for you. You can integrate your social networking accounts, utilities, and other “real life” accounts and get updates about them, right in the app.

It also comes with some cool extras like its own gift shop so you can send out gifts for friends and family, and a voice-activated task list so you don’t have to go hunting on your phone to figure out what you need to do.

This app is probably the best app out there for total integration. It does require you to spend some time setting it up, though, and there is a learning curve. But, once you get it, you probably won’t want to go back to what you were using before.

It’s great for business owners, too — makes sense if you think about it. Want to see an example of a successful real estate agency? View Slater Hogg & Howison online. They don’t get to be that successful by being disorganized.

And, it’s apps like this that’s helping individual RE agents (and other business owners) compete in a crowded market where information moves at “the speed of light.” Just the sheer amount of data this app brings in is incredible.

This is a multi-lingual app that learns what you like and then serves it up for you. It can do all the usual information searches, but then it also sends emails and texts, translates and navigates for you without you having to open the app. And it responds to commands you can customize, like “schedule” for opening your calendar or “email” when you want to open up Gmail.

If you’re a Microsoft user, you probably already know about Cortana. If you’re an Apple user, you probably don’t care. That’s because the Windows Mobile platform is the least popular of the “big three” on the market right now. But, its virtual assistant is probably one of the best out there. Cortana is especially useful if you’re trying to keep your digital life organized. It can help you set reminders, like reminding you that you have that report due for Monday morning’s meeting.

It collects important information about you in its notebook section, which it uses to set more intelligent reminders and even as a way to recommend a killer coffeeshop you once visited  when you need an afternoon caffeine fix.

Another virtual assistant. Why would you need this one? The goal for this app is to give you something powerful on Android’s OS that keeps you up-to-date by reading your messages and notifications. It also keeps you connected by finding your nearby contacts and, if you’re willing to shell out some money, you can get more help on your PC or Mac with Dragon Home software.

This is a personal assistant that’s focused on communications. For example, if you’re overwhelmed with junk mail or if your “delete” finger has a hair trigger, then this app will really come in handy.

You can customize email notifications with a couple of clicks, back up messages, and organize your contacts. You can send real junk mail to the abyss forever, and collect attachments and receipts and put them into one location.

It lets you see attachments, and receipts for purchases, and there are a whole host of other features that come with the app, which is free. The company also lets you upgrade to paid versions for a very reasonable cost.

This is the closest thing to Siri without buying into Apple’s ecosystem. So, if you’re an Android fan, you should be using this. Some people think that Google Now is better than its fruity competitor. Like all virtual assistants, it responds to your questions, but it also predicts what you might want before you say it.

It’s not for everyone, but most people think that’s pretty cool.

Roger Carson is often amazed at everything his wife manages to accomplish in a day, and likes to help her out as much as he can, though often just gets in the way! Recently he discovered some of her secrets, and is blowing the whistle on the best apps to use to manage family life!