Halloween Party Ideas from Target under $80

If you’re like most parents, then everything begins to get a little bit more hectic as the month of October rolls around each year: Halloween is almost here! Granted, it’s not really a holiday since it’s not like you get any days off – additionally, you probably don’t budget for costumes, candy, and festivities in the same way that you do for birthdays, the Fourth of July, and Christmas. Nonetheless, it’s virtually impossible – as well as distasteful – to even try and convince your kids of these realities. As such you probably need a hollowing shopping strategy to make sure you stay out of the red in the months before the expensive Thanksgiving and Christmas seasons. 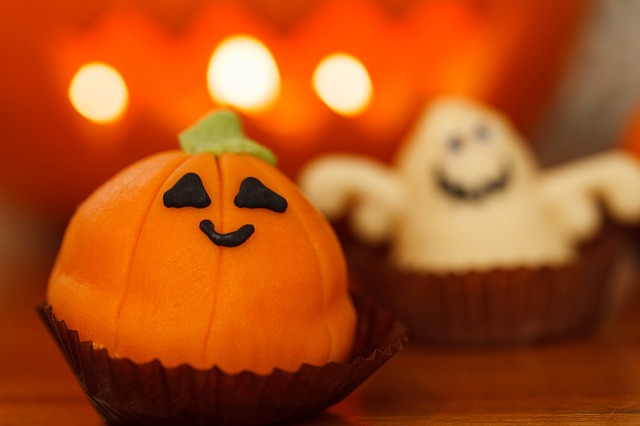 A Halloween Shopping Strategy that Works

It’s always a good idea to quickly jot down a small inventory of the miscellaneous, Halloween-themed things you already have your cupboard – such is pumpkin decorating napkins, cups, any bagged candy that isn’t stale, and more. Then, you can head to Walmart or Target superstores to help plan your shopping strategy in-depth. If you don’t have a target credit card; then get one – it can save you 5% off all your purchases during the holiday season and sometimes even year-round. In fact, check the local paper for the recent Target Halloween deals in your area.

In fact, given that almost everything is digitized these days, you can even search the superstores website for Halloween shopping deals. Usually, it’s a good idea to begin by picking your own Halloween costume, and then your children’s costumes if you have any. With an eye towards saving money over the long term, it’s generally a good idea not to favor in-season costume ideas from the latest movie that’s popular; but rather, to pick a theme that is proven to have a lot of staying power – such as Superman, Wonder Woman (or any other member of the Justice League), or the timeless Star Wars.

Not only can you say 5% with your Target or Target-sponsored credit card, but you can also combine the savings with other coupons and deals to reduce the price even further. On past Halloween’s, Target has had deals where if you spend more than $30 you can actually save more once all of the holiday-themed savings are activated.

One of the most fantastic aspects of Halloween is, of course, trick-or-treating. Not only do you want to buy some candies for your own kids or yourself and your significant other (or just yourself), you also want to spread some holiday chair by buying candy that you know everyone would appreciate. One recommendation that you might consider is to avoid candies with nuts in them – not allergies may not be very common overall, but they are quite a bit more common than other allergies.

To help your sleuth-like candy shopping even further, trying to get bags of candy that have the most individual pieces inside. York Peppermint Patties and Tootsie Rolls tend to stretch far at little cost. Those square Carmelo candies are also a good bet – but remember, if they are made in a factory that also processes nuts or peanut butter, then it’s probably a good idea to avoid these. While you are checking out the Target aisles, perhaps you’ll find some non-candy treats for the kids that do not eat them. Arts and crafts are a good bet in this case, as our Hot Wheels or some relatively inexpensive action figures of that variety.

Lastly, as we’ve hinted at the beginning, Halloween is not just for the kids. In fact, if you’ve got a few of them, then it’s a good idea to bring along some teenage or young college adult supervisors as you go trekking and trick-or-treating around the neighborhood and beyond. The cups and napkins tend to be more for the adults anyway – in case there are all alcoholic beverages in the makes to spice up the night a little bit.

Besides, perhaps you’re planning on being an attractive witch with bright red lipstick, or a handsome Roman gladiator with a bared chest. There are quite a few addendums you can pick up to make your Halloween costume more adult; just make sure you budget for them and use the Target sales and coupons on hand.

All-in-all, Halloween party ideas are made much easier with a superstore like Target or Walmart. Envision how spiced-up you want it to be, tally up the cost of costumes, and hunt for preexisting sales. The ghoul-inspired holiday is still weeks away, so you should be on the lookout for even more lightning deals that will help you save money. You don’t want to go in the red spending for Halloween!