Traveling with family can be one of the most critical times a family can share. When Lilly was just ten years old, her mother Hellen took her on a trip to Athens. It was always one of Lilly’s favorite memories growing up, and when she was older, and her mother reached her 65th birthday, Lilly decided to surprise her by recreating this vacation and bringing Hellen back to Athens.

For it to be a surprise, Lilly had the plans from her mother until the last minute. She booked the plane tickets, hotel reservations, and she also found photographers for hire through Localgrapher. One of the things Lilly regretted most about her first trip to Athens was the lack of photographs had of the trip. There were just a few rather poor shots she and Helen took together, and while it was better than nothing, she wanted to have professional quality photographs this time around. 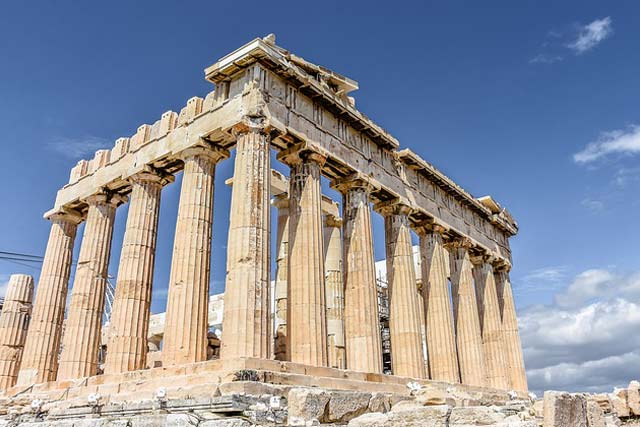 When Lilly finally revealed the trip to Hellen, her mother was happy. Athens has always been one of her favorite places on earth, and now she had a chance to share time again with her daughter in this fantastic place. Lilly had made plans to match the original vacation her mother brought her on, but this time with the advantage of having a personal photographer with to capture all the meaningful moments.

The first place they wanted to include in the photo shoot was the Acropolis of Athens, with the famous Parthenon temple ruins. Both of them loved visiting this spot the first time they went to Athens, but unfortunately, they didn’t have any photos. The photographer worked with Lilly and Hellen to get some excellent shots using the historic ruins so characteristic of the city.

For the rest of the photo shoot, Lilly and Hellen decided to pick spots in some of the charming city neighborhoods of Athens such as Anafiotika, which had the character of a small village with pleasant streets and quaint houses. With the help of the local photographer, they were able to get some excellent shots that portrayed the unique town-like feel of these areas and the beautiful scenery that makes Athens unique.

Glad to know they now had pictures to preserve the memories of this trip, Lilly and Hellen revisited some of their favorite museums like the Byzantine Museum and the Museum of Cycladic Art. Both of them were amazed by how many things they had forgotten from their last vacation; going back to these fantastic museums was a whole new experience and learning opportunity.

They also decided to take the opportunity to see some new places they hadn’t seen before that the photographer in Athens suggested they visit. The Church of the Holy Apostles quickly became a favorite spot for both of them. This elegant 10th-century church with the beautiful frescoes decorating the dome seemed to characterize for the extraordinary quality of Athens. They took some photographs of their own here, thankful that they had the suggestion from the photographer to visit the spot.

The vacation was successful on all accounts; not only were Lilly and Hellen able to add to the beautiful memories they already had of Athens but this time they came away from their trip with photographs to share with friends and family. Now the magic of Athens was not just preserved in their minds, but also their vacation pictures.