Best Combat Sports to Learn for Self Defense

As the saying goes “it is better to be a warrior in a garden than a gardener in a war.” If the meaning of this saying passes you by, it means it is better to be prepared for something that may not happen, rather than be unprepared for it. This is what I always tell people when it comes to self defense because you never really know what can happen and when you may need it. Everyone should be practicing some form of self defense. And while any of them are good to know, some are better than others. In this post let’s dive into some options for combat sports and which ones’ you should be pursuing. 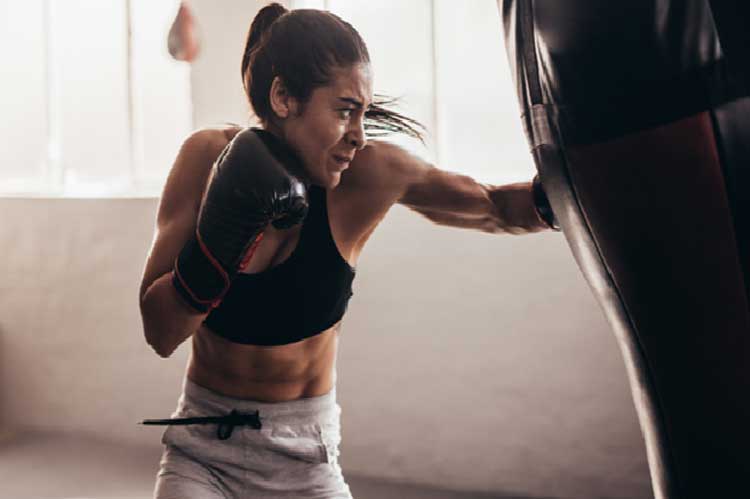 The Best Combat Sports for Self Defense

While it will be a bit much to list all of them, we’re going to focus on those that top the usual lists. And then pick our winners. Now the thing we will do differently here is separate them into two categories:

Striking Sports for Self Defense

Let’s dive into the top striking sports for self defense.

This is a sport that has to be included here because everyone usually picks this first when trying to teach their kids or wife some self defense. The problem with this sport is that it’s often softened for commercial use and most of the sparring that is done is based on touching and technique, which never really gives you experience in the “fight or flight” mode that you will be in during an altercation. What tends to happen to people who don’t ever fight in practice, is that they lose their ability when something real does happen and all technique goes out the window.

Kickboxing is the next step up because it includes kicking and punching, but the difference is that you will actually get some serious sparring in and feel what it’s like to be in a fight. It will also teach you to kick in order to hurt, rather than just to make it look good.

The last and third option we will include here is boxing. Boxing is one of the best sports that you can learn for self defense because they by far have the best punches of all the combat sports out there. Every altercation starts on its feet and when it comes to striking, boxers are some of the most intimidating people that you can run into. The speed and power they possess in their hands is dangerous. As they say, “I’m not afraid of the man who practiced 1,000 different kicks, but the man who practiced one kick 1,000 times.” In this case, no one has more devastating punches than boxers because no one practices their hands more.

Grappling sports for Self Defense

Now that we covered the best ones for striking, let’s dive into the grappling side.

The first one on the list is Judo. Judo is all about using your opponent’s momentum to get them down to the ground, mostly from an upper body momentum. The only issue with this is it will help you get your opponent down, which is good, but not much beyond that.

This is one of the best self defense sports because it takes strength and size out of the equation. Jiu jitsu uses technique and leverage to incapacitate the opponent. It uses things like joints and chokes to help you make your opponent be unable to continue. In fact, without someone to separate you, it would make it easy for you to break someone, or worse.

This is a good self defense sport for anyone who feels they have a size disadvantage. The only problem is, to make it successful, you usually have to be attacked, or go for the take down, which means you have to get close to them. Unlike boxing and kickboxing, where you can take your threat out at range.

When it comes to grappling, wrestling is more of an offensive sport rather than defensive sport. This is because it is built on strength and explosiveness and getting your opponent down to the ground. Wrestlers are some of the strongest and most athletic people on the planet, across all combat sports.

And The Winner is…

The winner is Mixed Martial Arts. The reality is in a self defense situation, it’s good to know a little bit of everything because you never know what type of situation you’re in. If you really had to pick, you’re better off learning boxing for offense as it’s best for situations that involve more than one person. And if you’re going to go defense, you want to learn jiu jitsu because it can help you end the fight quickly without using much size or strength.

There are Other Benefits to Training

Outside of being more confident in self defense situations, training combat sports has a ton of other benefits. On one end, you can expect to get the best workout of your life. No one trains like combat athletes and you can expect to get into the best shape of your life. In turn, this will do wonders for your health and your confidence. It is also a great way to channel our daily angst and get rid of it. If you ask me, everyone should practice at least one form of martial arts for their physical and mental health.

Don’t Knock It Until You Try It

It may seem intimidating to try and start training combat sports because it’s outside of most people’s comfort zones. However, it will be a step you will regret not taking and will be happy you did once you reap all the benefits. The combat sports community is very welcoming. Give yourself 30 days and I guarantee you will fall in love with it and want to continue it as a lifelong pursuit.