This is a very personal story for me and I hope, in some way, writing about it can help me through the grieving process of losing my husband. I don’t  know if or how it can help but I’m trying it anyway.

It’s been a very rough year already for our family. When I would read of someone who had lost a husband I could never imagine what they were going through. It was something that I couldn’t even imagine happening and it would really tear through my heart that the family was suffering so much. When kids were involved it was even more of a heartbreaking situation. 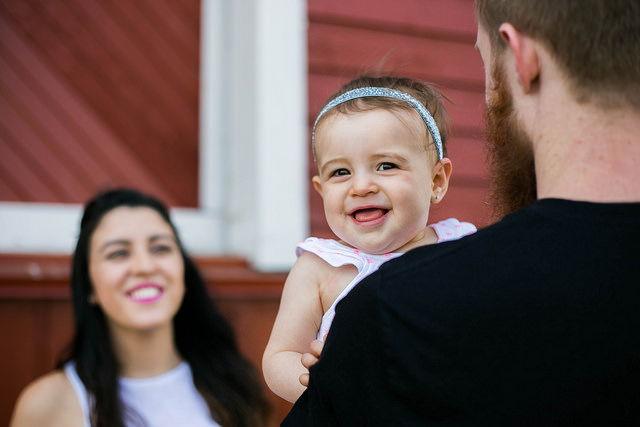 I would never have thought I would be in their shoes so early in life.

In February I took a few months off from blogging because I lost my husband, my best friend and the father of our two children. Our twins are 6, we were getting ready for their 7th birthday. I just couldn’t bring myself to work.

My husband became sick with what the doctor believed to be bronchitis/sinus infection. Like in most situations an antibiotic was prescribed. An antibiotic.. no big deal right. It wasn’t something he had never taken before, in fact he had the same medication a few months before.

Unfortunately, this time it was different.

This time he had an allergic reaction that sent him into anaphylaxis shock. And what’s even more heartbreaking is that the kids were home and saw the entire process. From him not feeling well, to him turning red all over his face, neck and arms, to him collapsing on the floor.

When the paramedics got here they tried their best. Everyone was trying to keep us in good spirits and praying that everything was going to be ok. I remember having the kids go to a different room so they didn’t have to watch more of what was happening. Sitting in our living room the paramedics, firemen, police and myself were trying to speak with the kids about what to expect when they see dad. While they were trying to help and let me know what was going on. It is still a blur to me but something that will never be forgotten.

As I write this I’m crying my eyes out.. it’s still so unbelievable to me, to the kids, to our entire family. As you remember the events there are so many questions that run through your mind. How could this have happened? What could we have done different? What if..?

After some tests came back we were told that my husband had been without oxygen for so long that if he were to survive he would be blind, he would be unable to walk, he’d basically be in a nursing home unable to have a normal life. That was if he survived being taken off life support. A big if.

The hospital staff was very caring and helpful to our family and most of all to our children. They had a few specialist in the hospital just for the kids. To help them try to process what was going on, to help them express their feelings and try to understand that dad is not going to make it, that we have to take him off life support and that he will die. That our life would never be the same again.

The kids now know he is gone, that he died. As we go through the stages of grief, how do you get the children to stop having nightmares about what happened? My daughter completely shut down. She refuses to talk about anything or express her feelings. My son is very angry at the world and has become a completely different child.

My husband was a great father and husband. He did everything he could for our family from the start. He was very much involved with the children and had been staying home with the kids for the last 3 years wile I was working. The kids looked up to their father, no one was more special to them than their dad, and now he’s gone.