You are here: Home / Home & Family / Health & Fitness / The Impact of Eating Disorders on Your Dental Health

As a mom, you’re dedicated to looking out for the well-being of your kids. Whether it’s physical issues like broken bones to emotional ones like bullying, there are tons of things to look out for and worry about. One thing you’re likely hyper-aware of, especially if you have girls approaching adulthood, is the possibility of having to deal with the specter of an eating disorder. 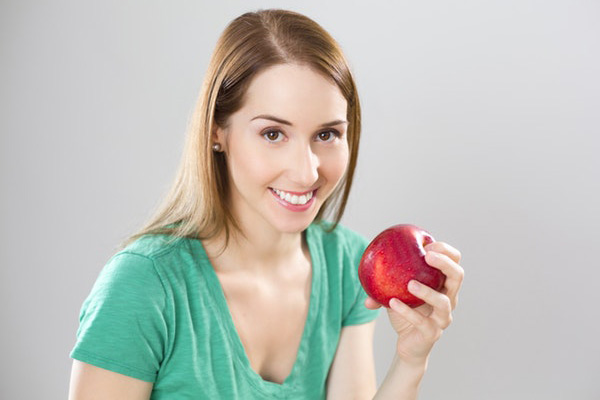 Maybe you’re concerned with your kid’s internal body image. Maybe she’s struggling with her weight and she’s been targeted by others for bullying and harassment. Maybe you even experienced your own brush with an eating disorder in your youth and you don’t want your child repeating the same mistake.

Eating disorders can be hard to spot, but there are some telltale signs that can tip you off. The connection between eating disorders and dental health, for instance, are well-known and well-documented. Looking out for traces of the following evidence in the dental health of your own kids or loved ones is an excellent early warning system.

It’s Not a Pretty Picture

There are two common types of eating disorder — anorexia, which is when someone attempts to eat as little as possible to lose weight, and bulimia, which is when someone appears to be eating normally but then purges their meals afterward by inducing vomiting. Each disorder causes distinct problems when it comes to dental health, which makes it easier to differentiate one from the other if you spot some symptoms.

Anorexia’s effect on dental health is caused by a lack of nutrients. Teeth and gums need specific vitamins and minerals to stay healthy, so in their prolonged absence, it’s common for sores to form inside the mouth, for extreme dry mouth and bad breath to develop, and for the gums to become swollen and red. These symptoms are often accompanied by higher rates of tooth decay as well. Of course, these are all in addition to the biggest anorexia red flag: unhealthy amounts of weight loss, which you’ll likely spot first.

Bulimia, however, has a different collection of symptoms, most of which are related to the purging behavior of a sufferer. Vomiting regularly exposes the teeth to stomach acid, which can wear down enamel, cause discoloration, and again lead to tooth decay. The inside of the mouth can also experience redness and scratches, primarily on the roof of the mouth or upper palate. Finally, the salivary glands of those suffering from bulimia tend to be swollen and red as well, again due to the constant purging.

When In Doubt, Turn to the Professionals

Seeking professional help doesn’t stop there, of course. Eating disorders can be highly dangerous, so if your family dentist does tell you that someone you love is suffering from one ensure that you seek treatment for them immediately. There are a number of excellent treatments for anorexia, bulimia, and other eating disorders today, starting with outpatient and group therapy for mild cases to hospitalization in extreme ones.

Dealing with an eating disorder can be frightening, especially if it hits close to home. However, recovery is possible. Don’t let fear hold you back from your child or loved one from seeking treatment.